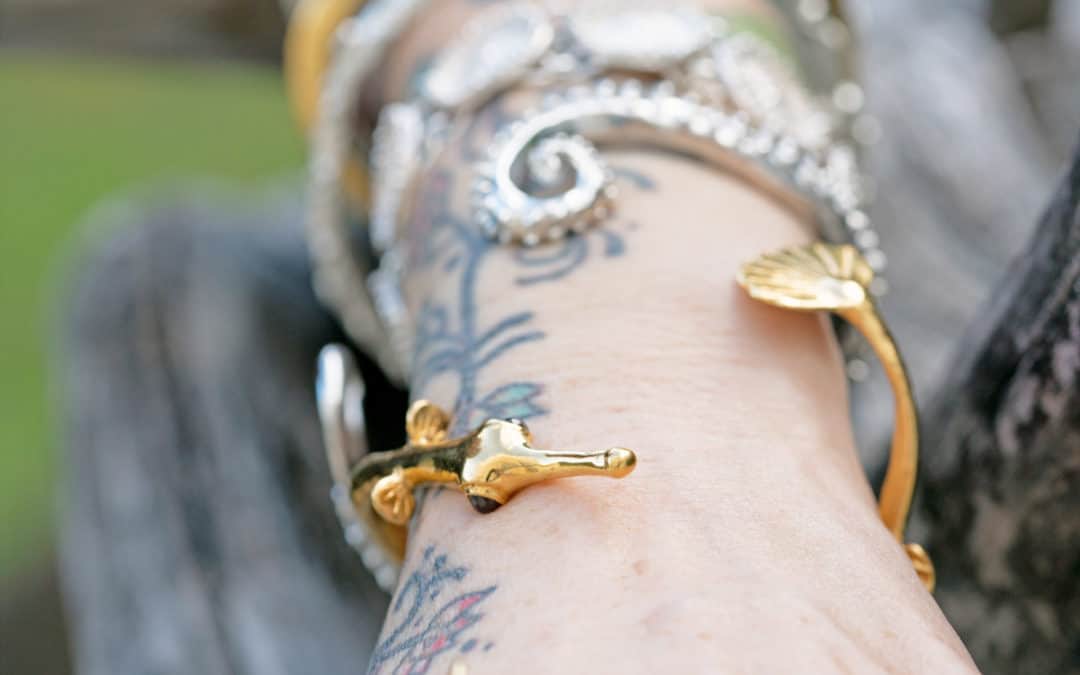 It’s been a glorious summer so far, but with far less diving than we would have liked – time to make up for it now! Just before we left, we did manage to introduce our latest bracelet, a pipefish. It’s cast in solid sterling silver and set with your choice of four stones; left to right in the photo below are garnet, blue topaz and amethyst. Its also available in a lovely deep citrine – think saffron yellow. Depending on supplies, we may have different stones in the future. This is also available in 14k gold vermeil, and in solid gold upon request. It looks light, even thin – yet its the most noticed/inquired about piece of jewelry I’ve worn! 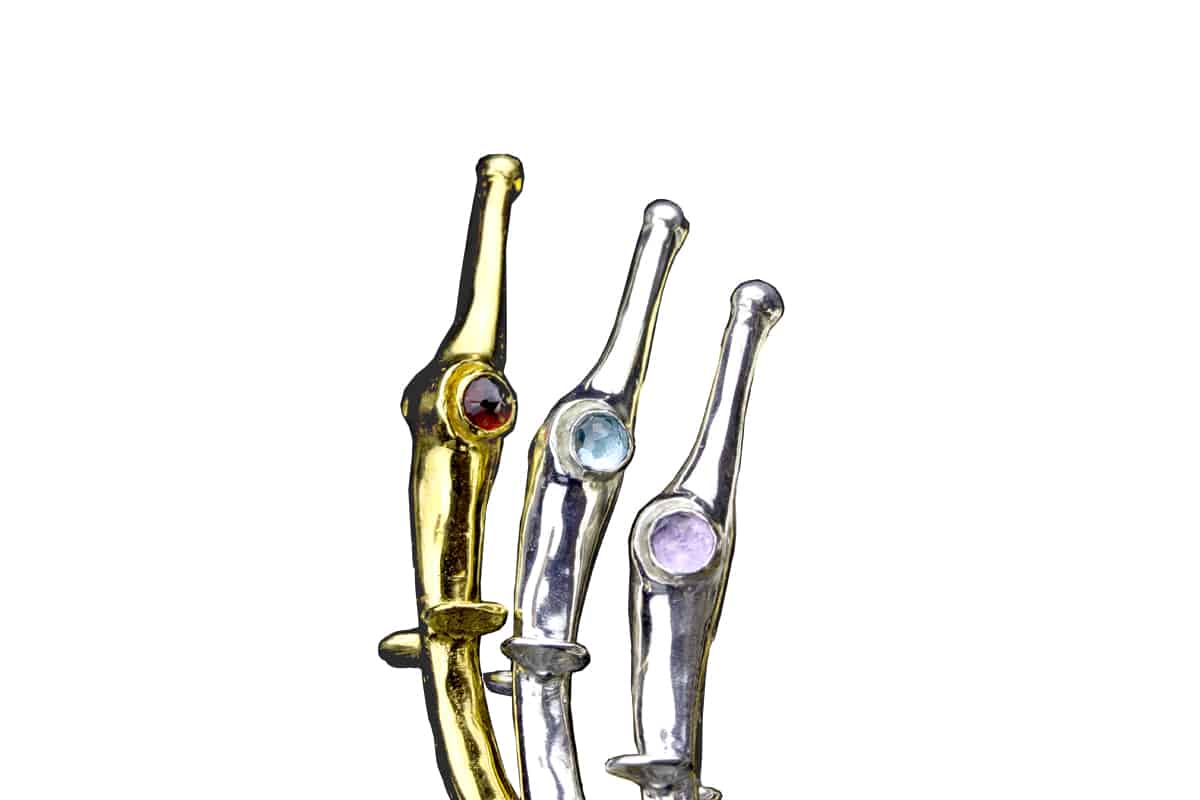 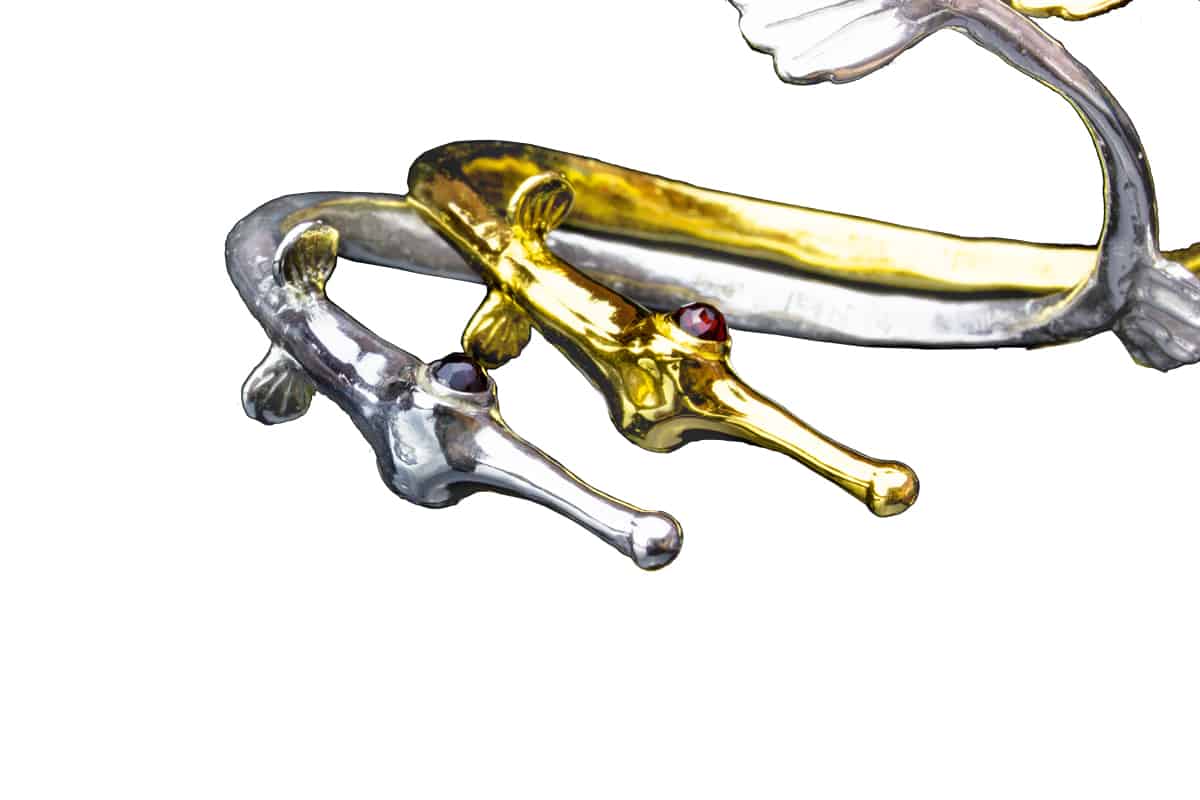 So we were diving on the west side of Oahu in April this year at a beautiful dive site with a lot of caverns. Someone found a pipefish, but wouldn’t you know it, the sneaky little things disappeared before the photographers could get a look! They actually are in many places around Hawaii, but just aren’t seen all that often, so whenever we do find one its a treat. I’ve photographed quite a few over the years but I hadn’t seen one in a very long time, so this set my jewelry brain on them. I got out some old photos and a sketch pad, and started playing around with what a design might look like.

Specifically, I was inspired by the red-striped pipefish we find in Hawaii (seen in the image at the top). Red-Striped Pipefish are usually found in pairs in dark recesses in the reef. These wonderful fish are close relatives of the better known seahorse, and whilst they are not the fastest swimmers, in the dark spaces they inhabit, they’re still plenty fast for photographers! Once you get a beam of light on one, it flits away, just out of the light. Then the other does the same thing. Tricksters!

One of the things I love about these little fish are their unusual mouths. That long snout is a tube! Not a mouth that opens wide, it’s tiny, and located at the very tip of the tube.  They are also toothless – so pipefish eat essentially by sucking things up that long snout. Awesome. What is really unique however is that pipefish actually create a vacuum in their mouths which is how they suck prey in – usually tiny crustaceans such as copepods and shrimp. 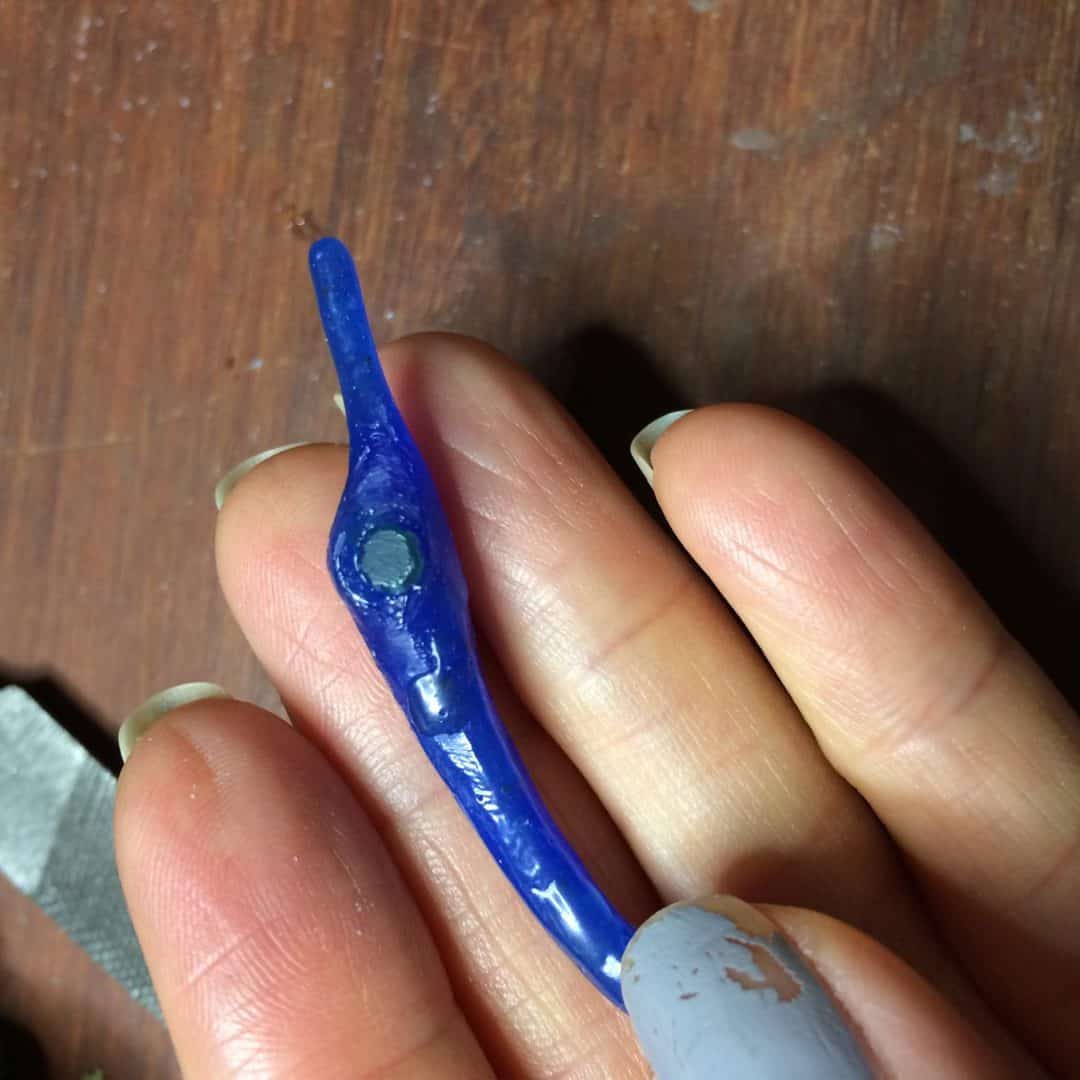 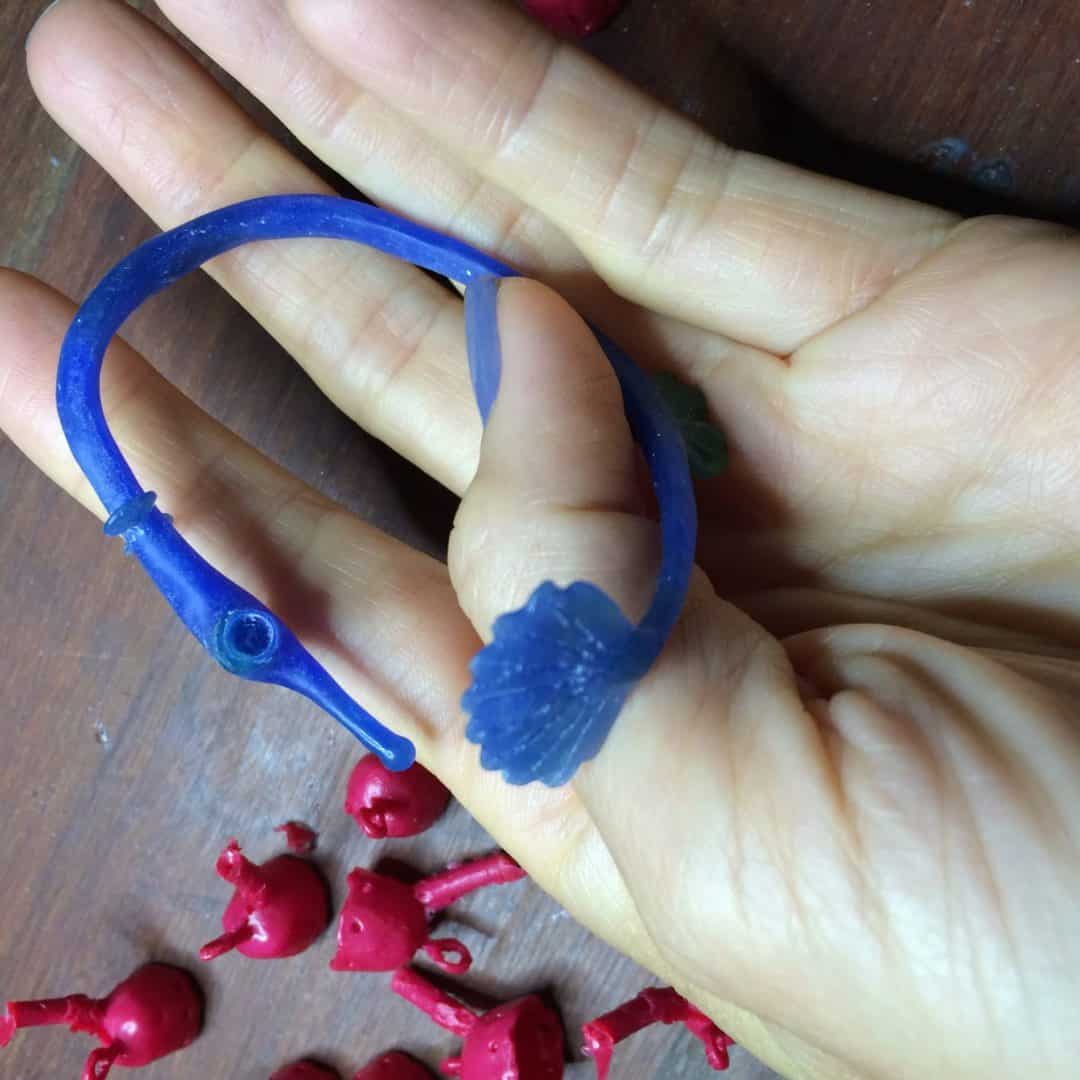 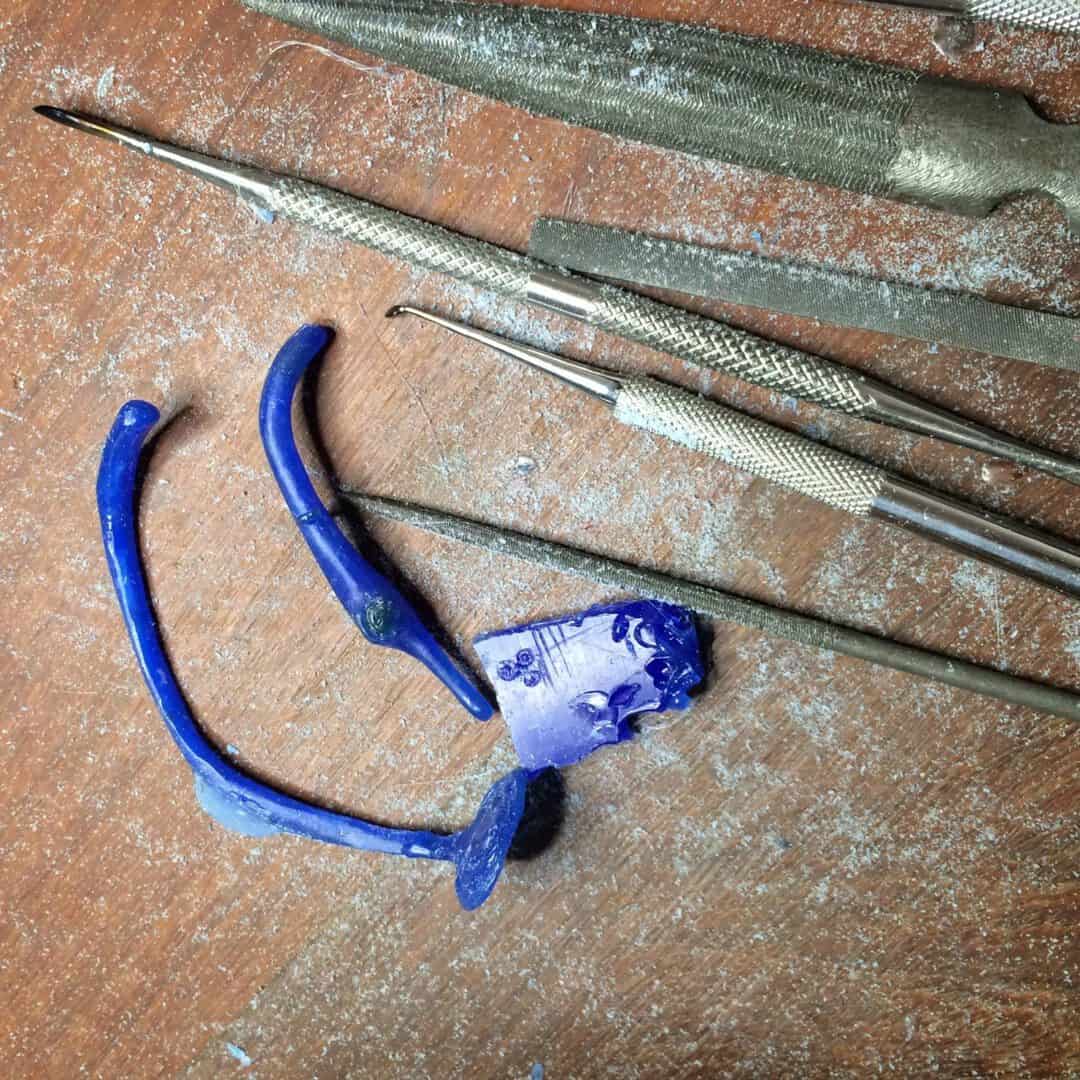 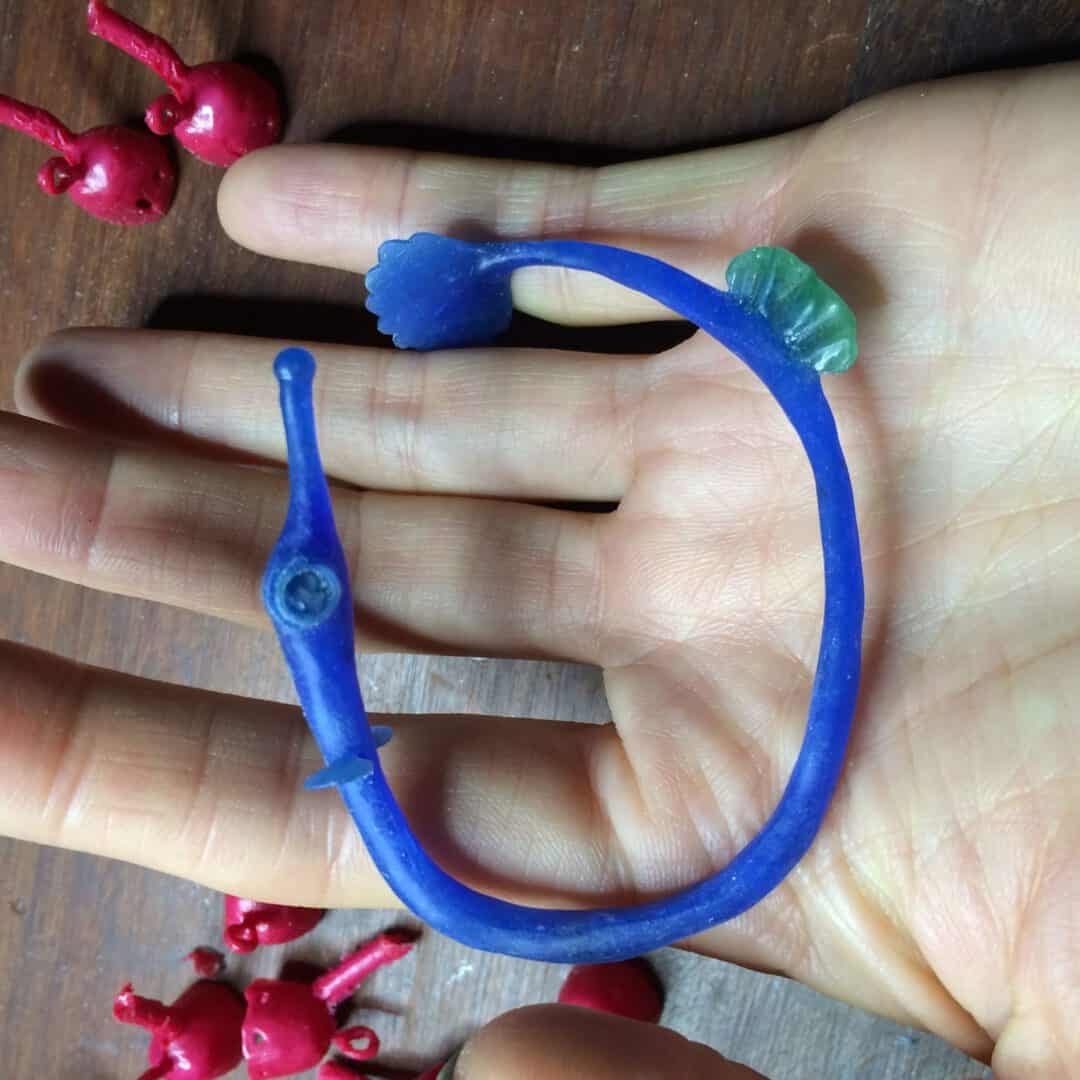 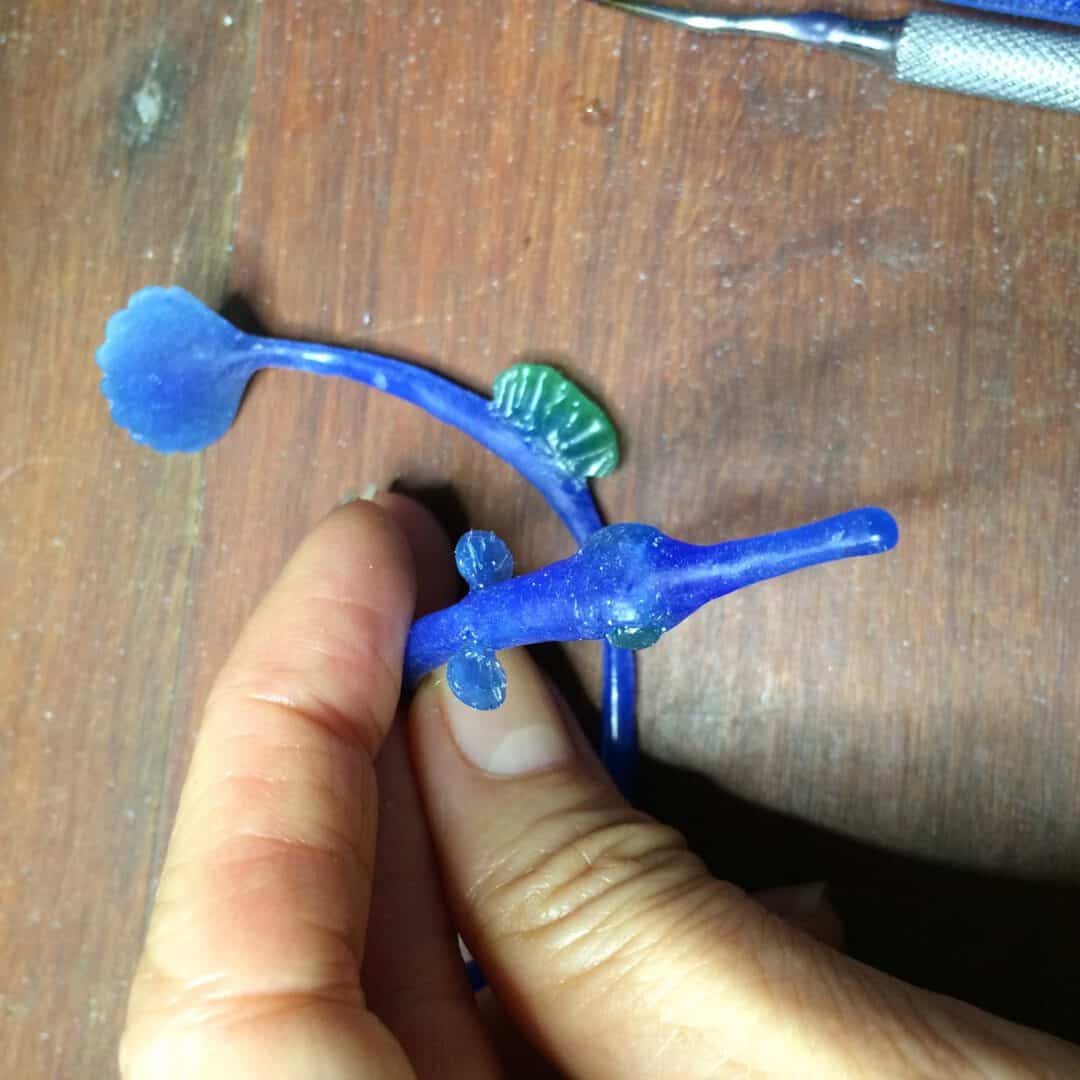 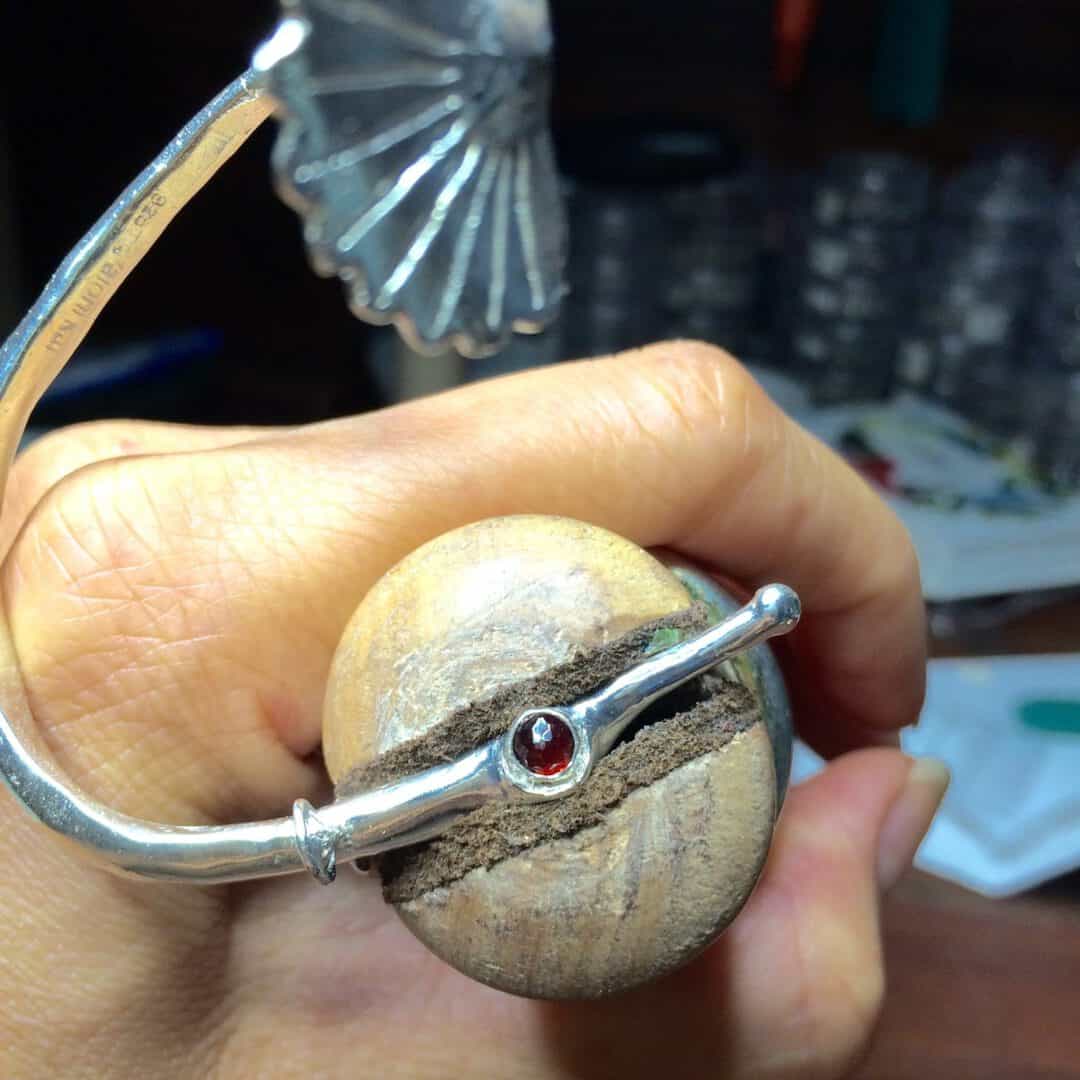 ‘Alohi Kai designs are about the essence of the sea creatures we love. These little fish are so whimsical and a delightful find so I thought a life size fish wrap would be fun to wear, with rose cut stones in the eyes. The actual cuff bracelet is pretty much the actual size of the fish! When it came time to sculpt the wax models, and having not spent a lot of time staring at them due to their shyness and quick retreat from the paparazzi, I had to look pretty closely at the photos to find where their dorsal and pectoral fins are located – they are transparent! And very delicate/frilly affairs. Conveniently, the dorsal fin is quite a ways toward the tail, which was perfect for curving around the wrist (so it doesn’t interfere with resting your wrist on a table – that really would annoy)

Look for the next post for how to best wear one of these. Thanks for reading!