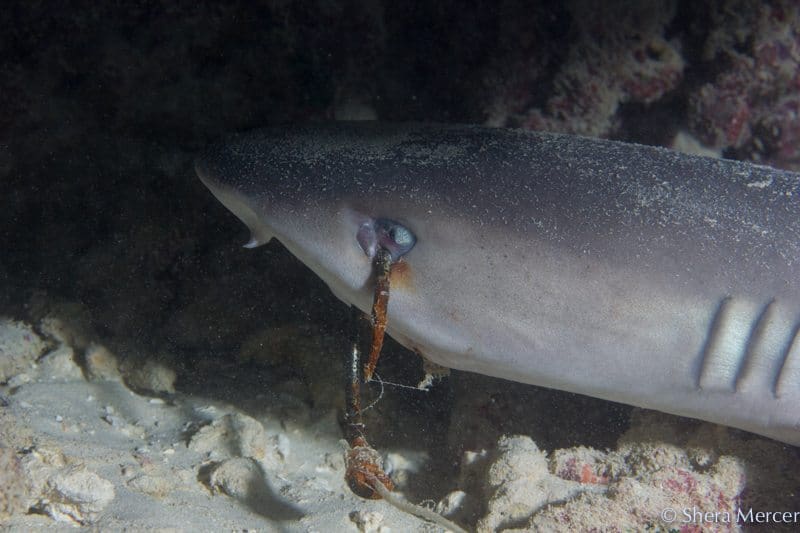 A photographer friend once asked me, is there a conflict between spearfishers and scuba divers? Some say they have competing interests – one is there to see things, the other to capture them – and if in the same area and with poor visibility, it could get dangerous if the spearfishers are not careful. Others say not really, we are all there to enjoy the ocean, and the practice of taking fish for food is as old as the Hawaiians. When we are all responsible, respectful and alert, I don’t see a problem. Both groups love the ocean and being in the ocean, both groups benefit from a healthy reef. To be honest, if a spearfisher is out getting dinner and freediving, it strikes me as a far more honest way to eat fish than many other options! So I’m all for it – and I have a lot of respect for the skill it takes to put it all out there. 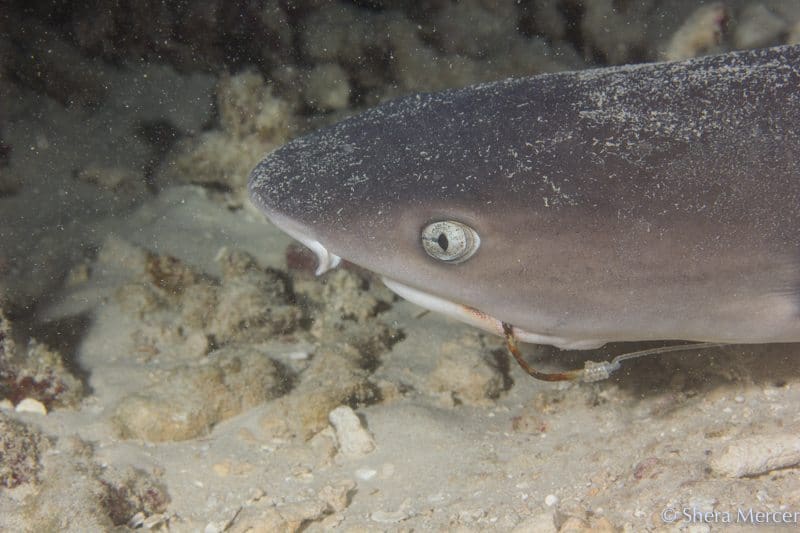 I see more of an issue with (the impacts of) boat fishing. To be clear, I am not against fishing for food; I eat fish and among other things, there is a long and culturally-important history of fishing in Hawaii. Fishing itself is not the problem, rather it’s the inadvertent impacts that harm marine life that is problematic for me. Let me explain. In the last year we have started to see far more small juvenile sharks with hooks in their cheeks, jaws, even their eyes. It was getting so bad that we saw far more with hooks than without. I asked around and our diving friends all were seeing the same thing – at its worst, over 80% of the sharks we saw had hooks in their mouths (rough estimate!). It’s  heartbreaking. Little sharks, 2-3 ft long, some looking quite distressed, and occasionally with hooks far bigger and heavier than the usual hooks we see.  Some honu as well (Hawaiian green turtles), but thankfully not as many as in sharks. 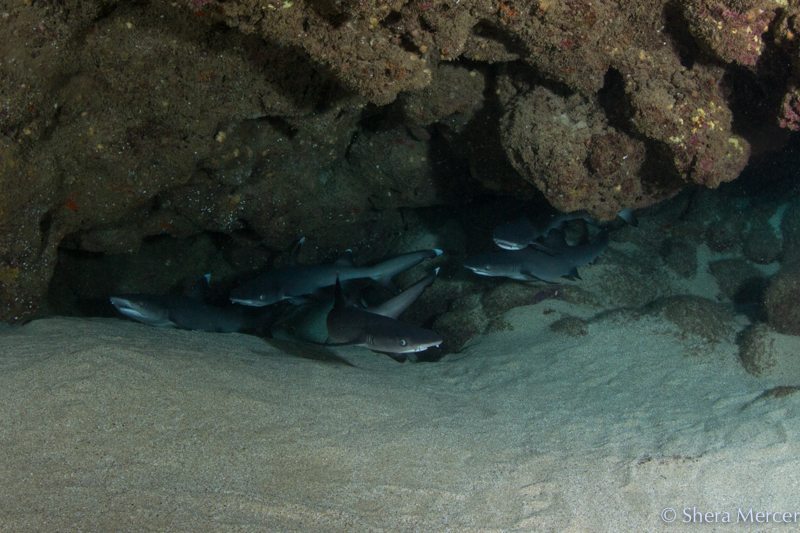 So I’ve been trying to understand both why it happens and what can be done. Fishing is a very popular sport here in Hawaii, and one of the most popular is Ulua fishing (known as giant trevally in other parts of the world). These are big, beautiful game fish! It’s easy to see why they are so prized. But there’s no telling what will take the ulua hook – and too often it’s a little shark instead of the far more desirable ulua. Not much can be done about that. And lets just get it out – these fishermen are NOT looking for shark fins – that is an entirely different issue. I doubt they want to hook little sharks any more than the sharks want to be hooked. No, the question is about the release – can the hook be removed? If not, what happens to the shark (or turtle, or seal) after? What can be done to minimise the damage? I would of course prefer that the hook be removed before release, but NOAA has been doing a lot of work with local fishermen, and say that while fishermen try to get the hooks out, its not always possible. (Being realistic, we can hardly blame the fishermen for not wanting to get bitten can we?)

So if we can’t stop the sharks (and turtles and seals) from swallowing hooks, and the fishermen are unable to unhook the errant animal, what can be done to help? Happily, there is something that authorities in both fishing and conservation agree on – the type of hooks used can greatly improve the survival of a mistakenly hooked animal without lowering the catch rate. Huzzah! So I’d like to try to convince all you lovely people of the importance of barbless circle hooks so you can tell other people and maybe convince an unconverted fisherman – won’t you bear with me for just another post? Because first I need to back up and explain about J-hooks vs circle hooks…stay tuned!