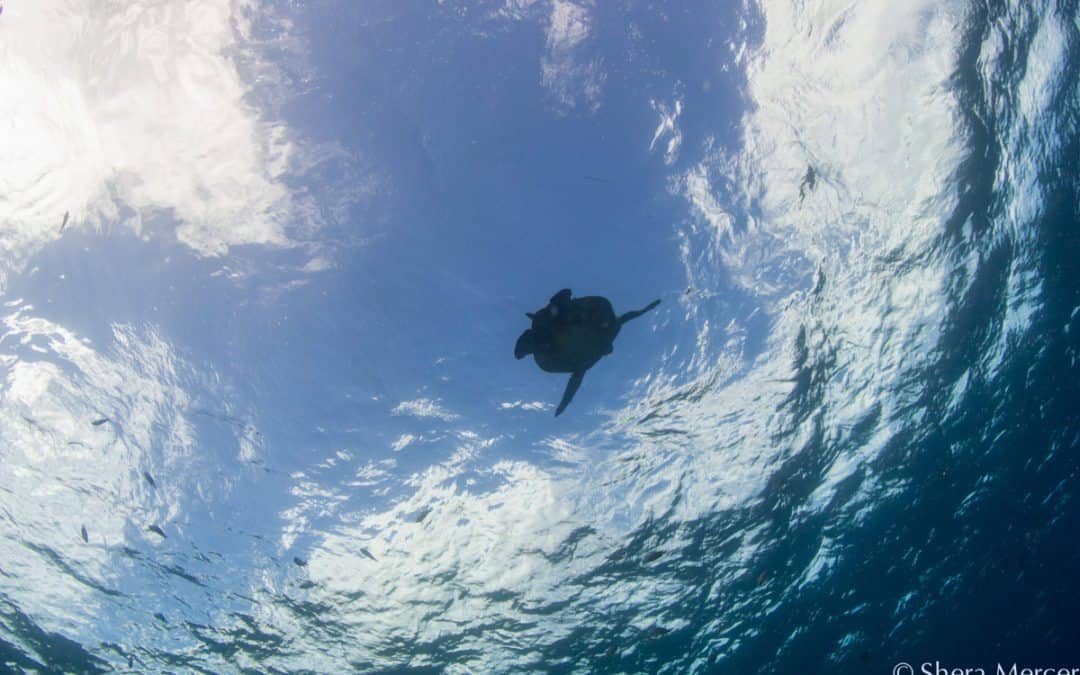 (This is part II in our series on living slow. Catch up on part I)

Slow Fashion – another way?  Slow Movements began with Slow Food as a reaction to fast food in 1986 Italy and has been growing ever since. Slow Food became so popular that it spawned a series of other ‘slow movements’ – slow cities, slow education, slow parenting, slow design and more – that are less to do with being slow than they are to do with reevaluating how fast we’ve become. The Slow Movement:

“…is a cultural revolution against the notion that faster is always better. The Slow philosophy is not about doing everything at a snail’s pace. It’s about seeking to do everything at the right speed. Savoring the hours and minutes rather than just counting them. Doing everything as well as possible, instead of as fast as possible. It’s about quality over quantity in everything from work to food to parenting.”
-Carl Honore, In Praise of Slow

​Slow Fashion – another way?  Like Slow Food did decades ago, a Slow Fashion movement has also begun, this time as a reaction to Fast Fashion (H&M, Zara, Forever 21, Top Shop) and their 2 week turnaround of clothes. Slow Food took off because it tasted better, but also hit a chord with people tired of fast food, and it enriched the public by raising awareness both about production – eg, farmers and their choices with respect to the environment, and consumption – eg, choices in what we demand, such as support for mass food production or small responsible farming and seasonal produce. It demonstrated to people how our individual choices do make a difference. 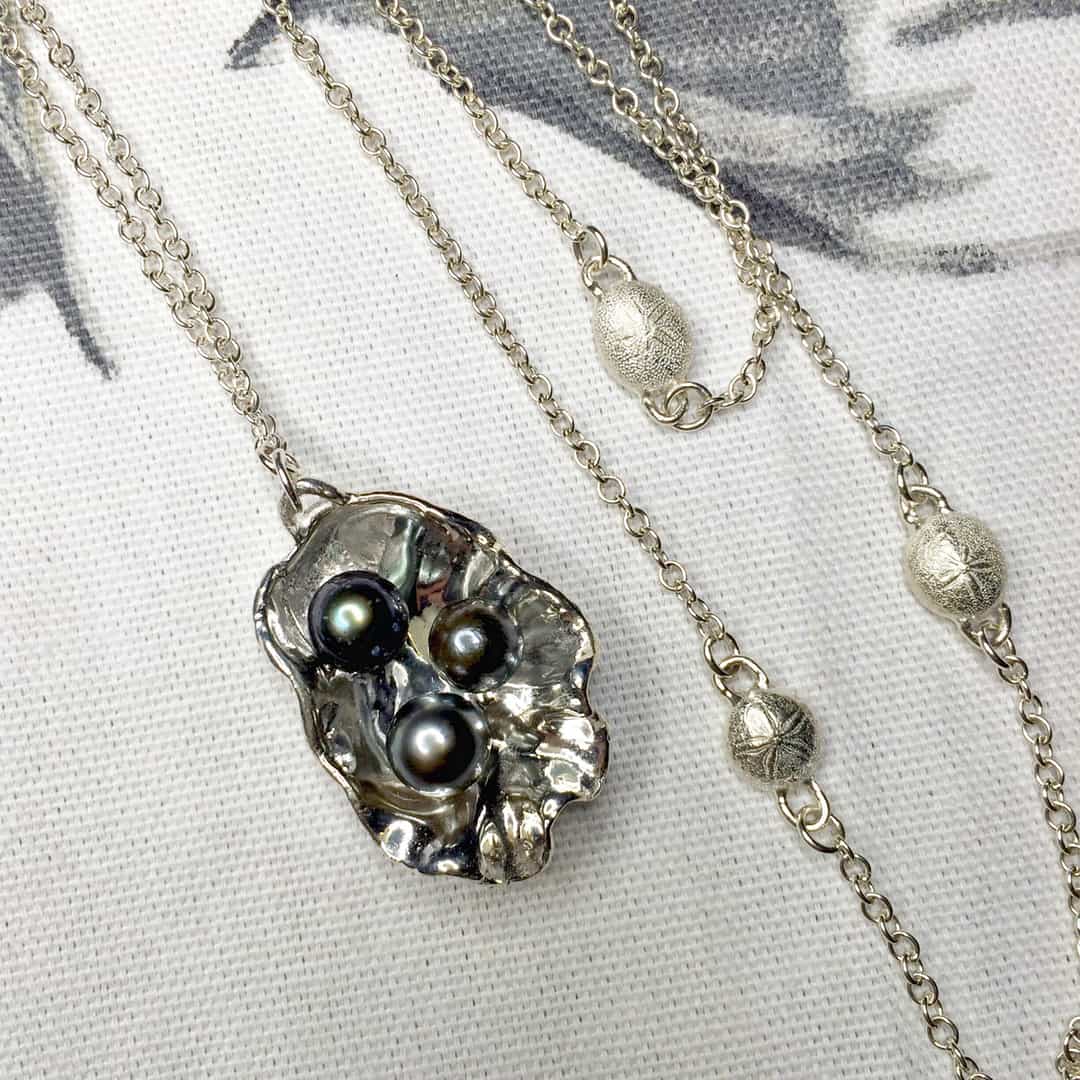 Custom oyster with 3 pearls, one for each child. Something to wear for many years to come. 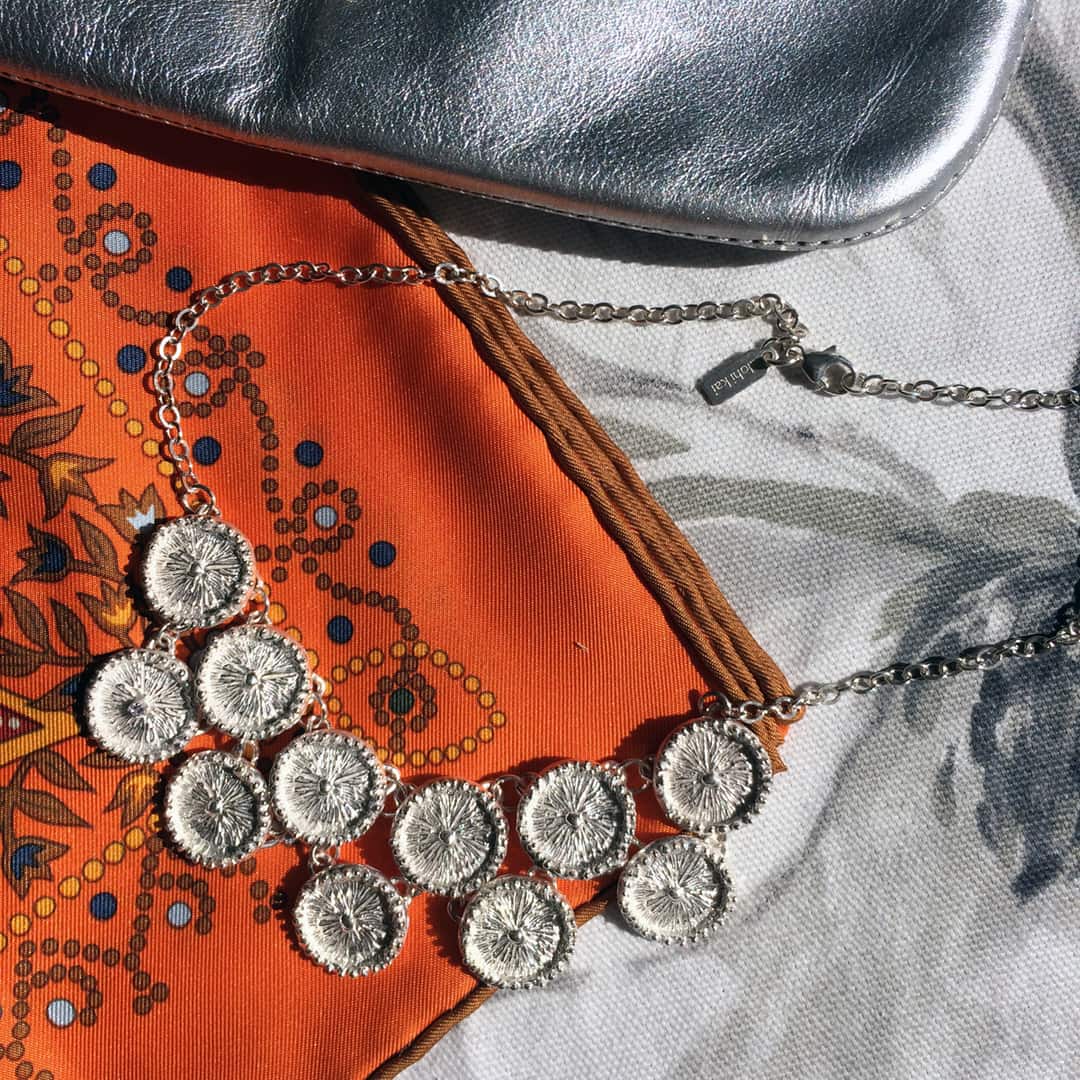 Hermes scarves – luxury made by artisans paid a living wage 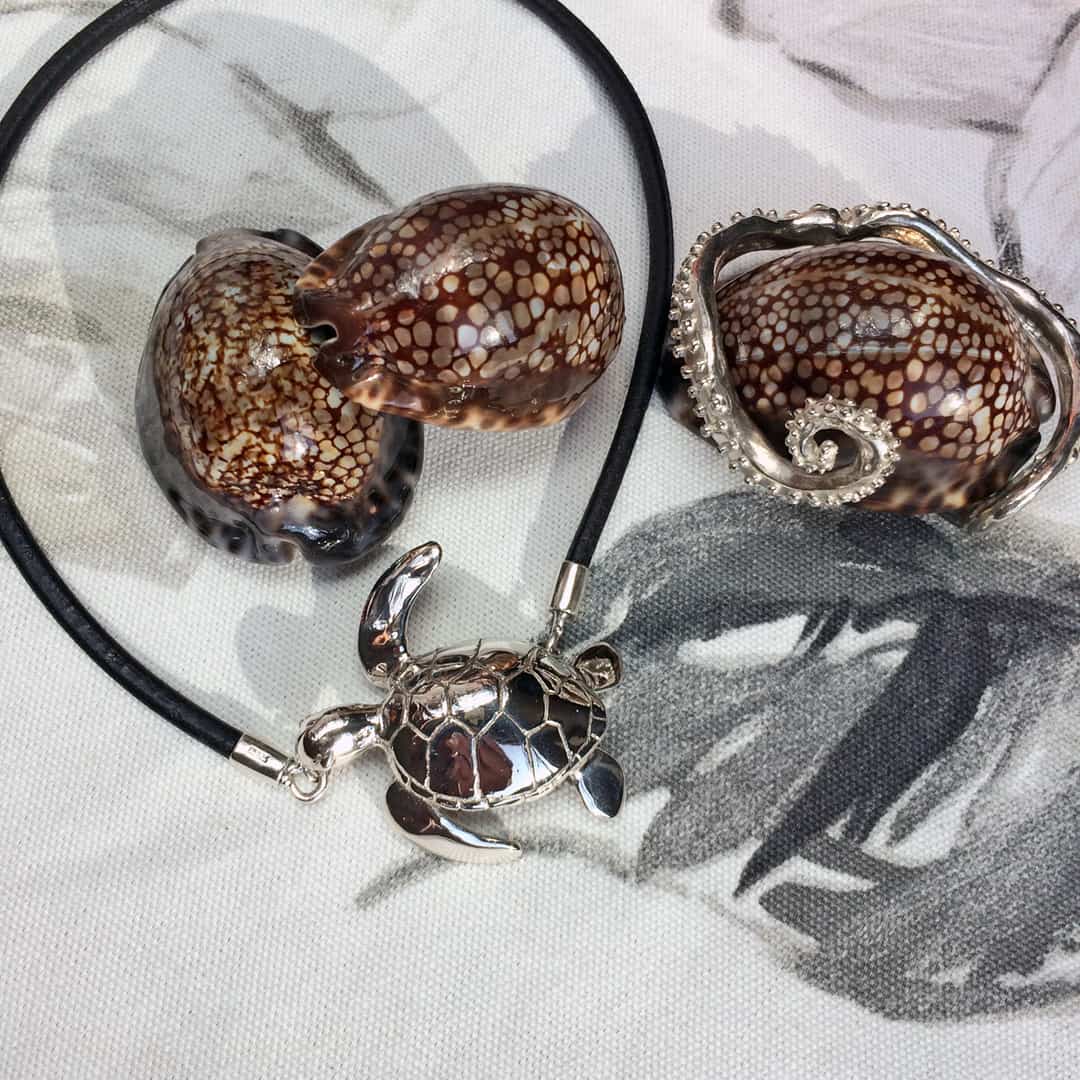 Why is this important to us at ‘Alohi Kai?

The fashion industry demands intensive farming of cotton, linen and other natural fibres. Like other industries, fashion production also introduces toxic chemicals to the environment and synthetic substances in waste that pollute land and sea alike. These threaten wildlife – most notably for us, marine life. By wearing clothes for a long time we spread out the environmental costs per item and minimise our overall impact. (Find a more in-depth discussion on this here) Lower consumption leads to less harm.
​
But Fast Fashion reproduces this cycle at super-speed, multiplying harm and creating a world that feeds over-consumption and produces excessive waste; among the impacts are erosion of arable farmland and forests, heavy polluting of our oceans, global warming and landfills overflowing with discarded clothing.  It is responsible for a massive environmental debt – who will pay? 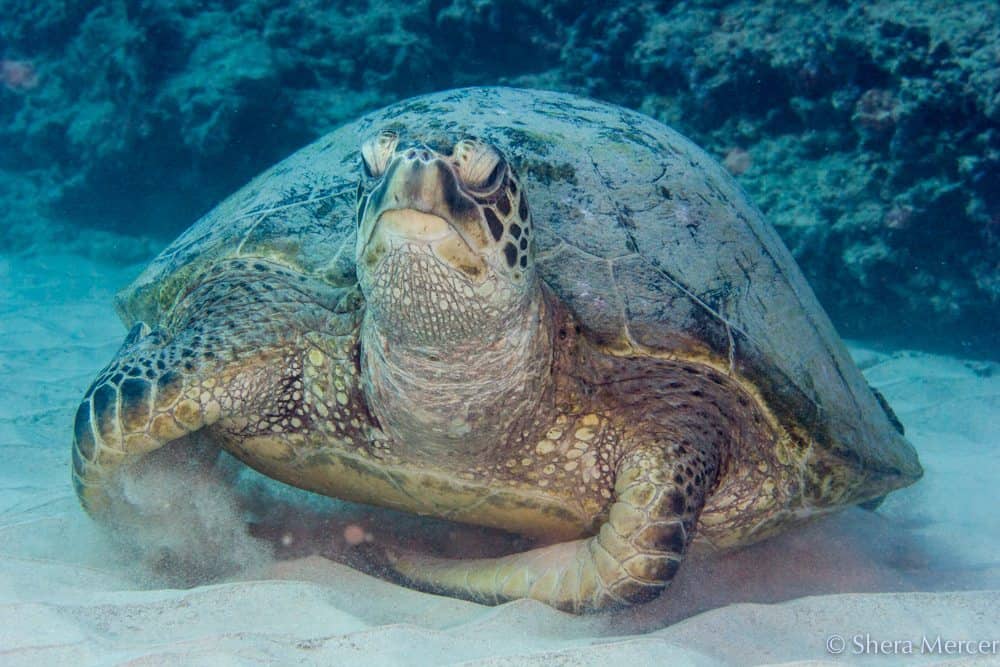 I adore this honu, always sitting on its flippers, rocking from side to side in the surge! 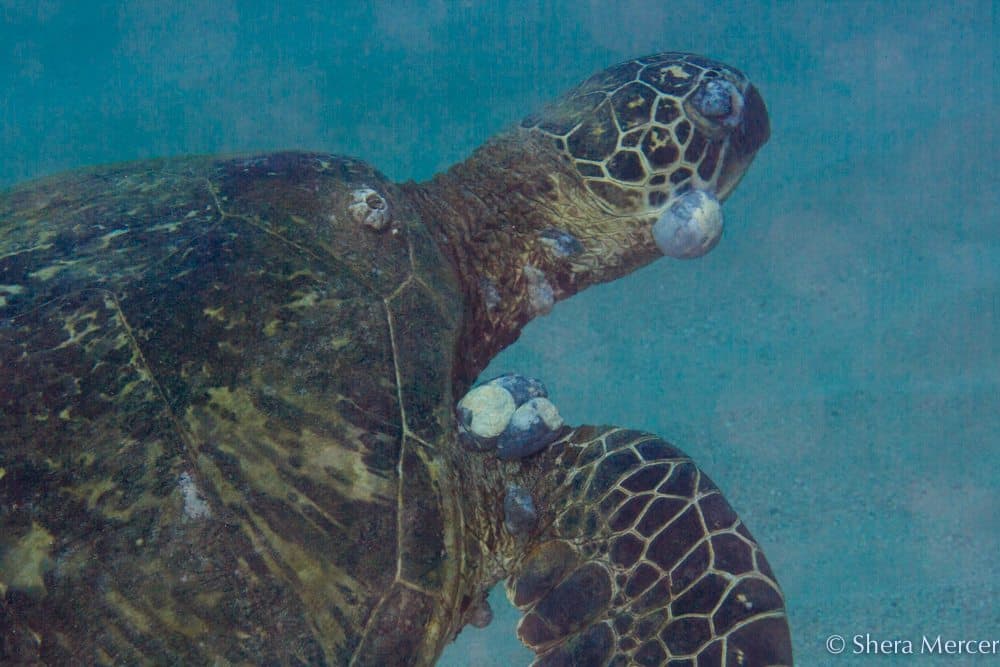 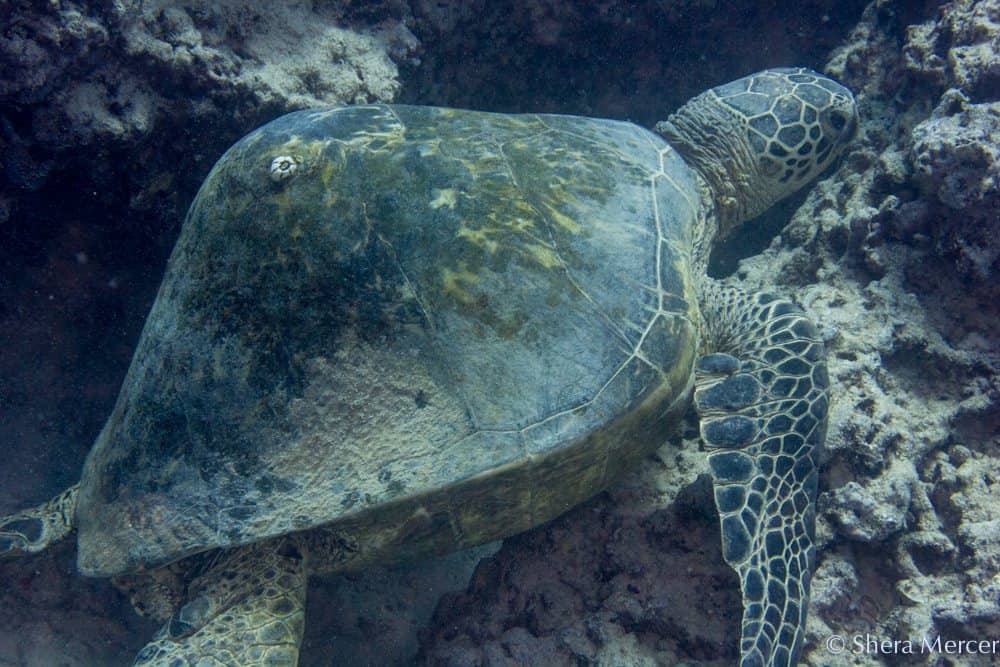 Not sure what caused this excessive hump. 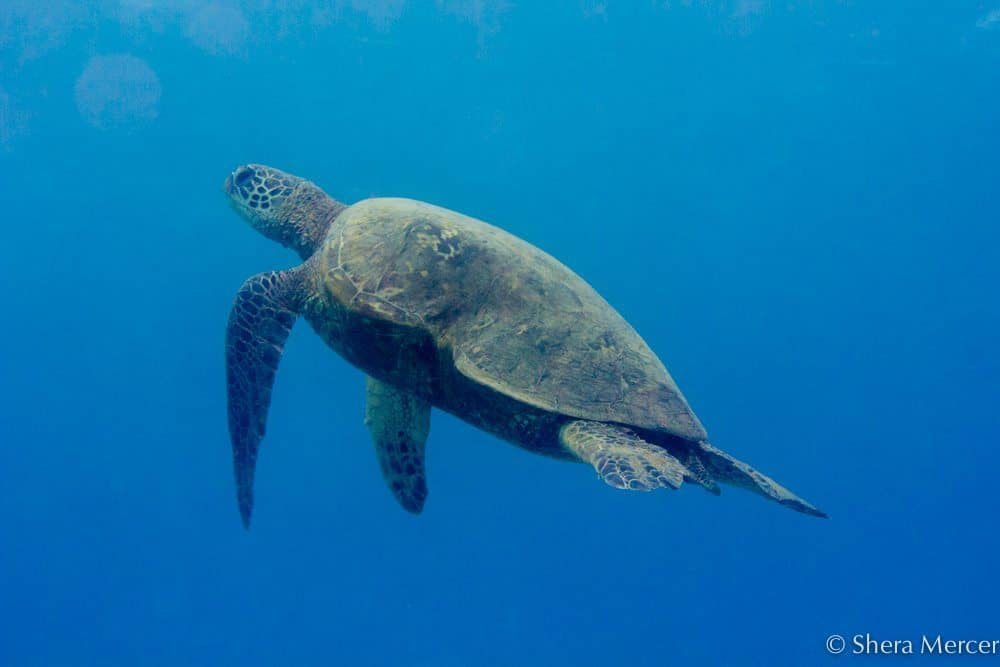 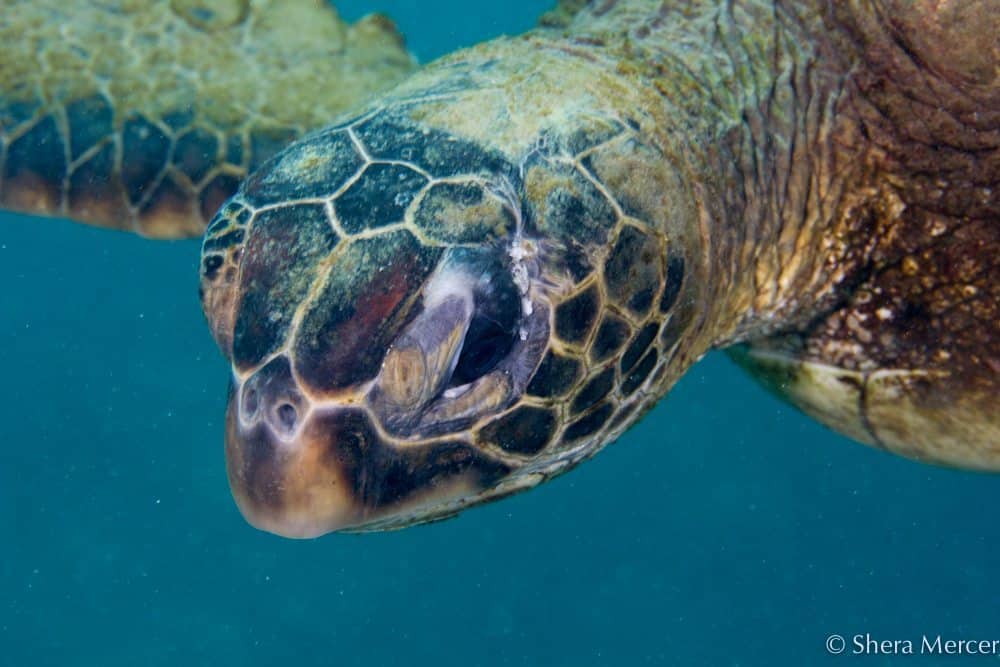 To our untrained eyes, this looks like a deformity, but could be an injury.

We’ve now damaged oceans to the point that whales, majestic, graceful and ancient, are washing up on shore sick or dying from the​ plastic in their stomachs. We’ve polluted inshore areas so badly that a large percentage of our precious endangered Hawaiian green turtles, or Honu, have tutors or deformities, while others have lasting injuries from debris – imagine growing bigger whilst fishing line slowly, painfully cuts through your leg. (see images above) Such stress is not good for them. Plastic debris shows up in stomachs of birds, fish and marine mammals – nearly every sea creature big and small.

So for marine life lovers, the slow movements are something of an oasis in a dry desperate desert. Fast (and furious!) was fun for a while but now that we see the severe costs to farms, oceans and marinelife, it may be time for all of us to take a step back and consider what kind of world we want to create, and what we want to leave behind.

​Slow is sometimes the right thing to do. 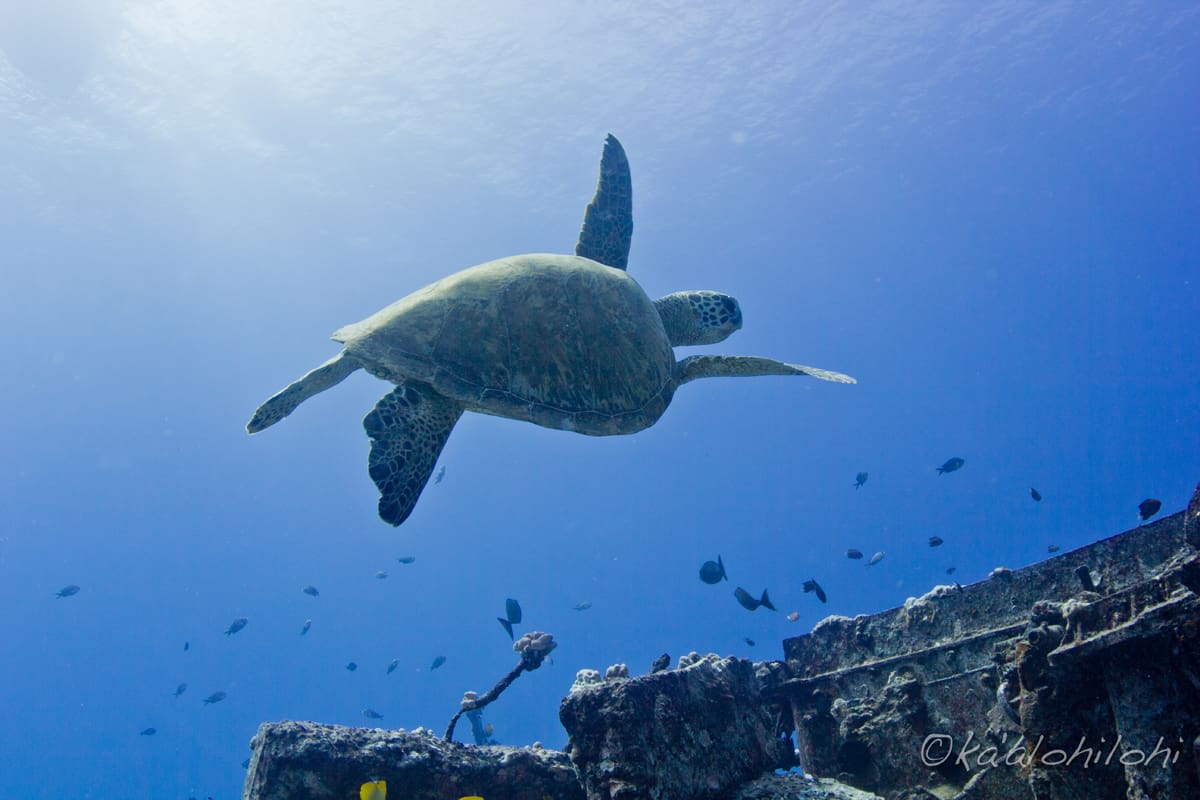 Hawaii is a tiny set of islands, and 2,500 miles of ocean make us the most remote in the world. Yet we import 90% of our food, a whopping 6 million pounds a day to feed 1.4 million residents and 8 million annual visitors. Should something happen to shipping lines, our population would be in crisis; estimates are that Hawaii supermarkets have just 3 days worth of food on the shelves. But that’s not all. There are enormous environmental costs of all that cargo. Planes and ships are responsible for a disproportionate amount of carbon emissions; one ship can emit the equivalent of up to 50 million cars. To make things worse, they also bring in destructive parasites and pests that are causing increasing damage to wildlife, agriculture, forests, and our oceans. The good news: it is now state policy to increase Hawaii’s food security via local agriculture.