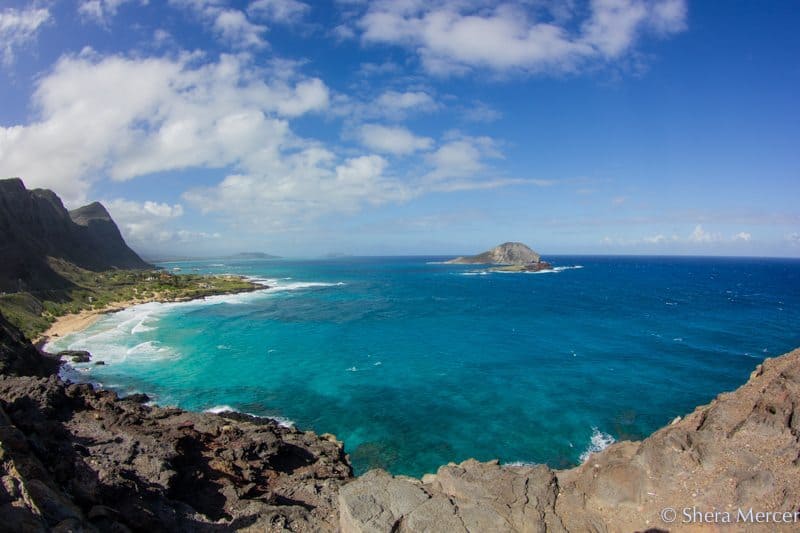 Do you crave escape and adventure? To grasp the unknown and trespass the edge of comfort? To experience things extraordinary – a glimpse of other lives, other worlds.

Wear your story as you plan your next journey. ‘Alohi Kai makes hand-sculpted jewelry for adventurous souls who know that style is a choice – a hint of your world within as you face off with daily life.

We design for people who believe in slow ways, slow living, and that beautiful adornment persists through time and trends. And we believe in the ocean.

Every ‘Alohi Kai design has a story to tell. Representing experiences and adventures, they tell a tale of ocean hardship, survival and ingenuity, as well as our own tale of discovery and inspiration.

Using ‘slow’ methods we hand carve and sculpt our models using a knife or flame. We set stones, wire wrap, fabricate and polish our jewelry by hand. We’re small and do things in small batches to ensure each piece meets our quality standards.

We create with attention to detail, design to be coveted, and produce quality that can be passed down generations. We love the feel of authentic and slow. We don’t do disposable or fast.

We like to support our own so we use domestic labor for production and all our metals are sourced from the US. And we make decisions with the impacts of what we do in mind – opting for non-toxic processes and reusable, recyclable packaging. (Read more here.) We live on a small rock in the middle of the ocean, these choices matter.

And of course, we carry these values into the ocean when we dive. Our jewelry represents hundreds of hours not just observing wildlife, but clearing line, hooks, garbage and on occasion, freeing creatures caught up in it. 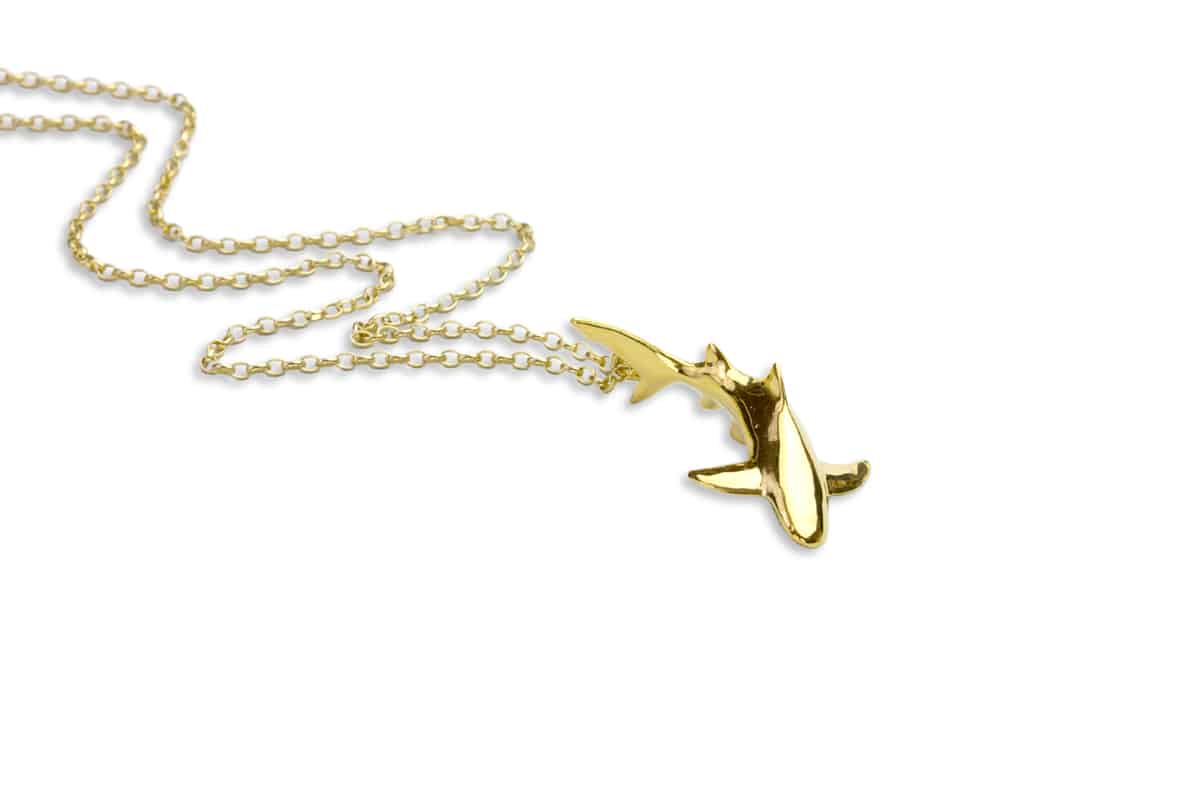 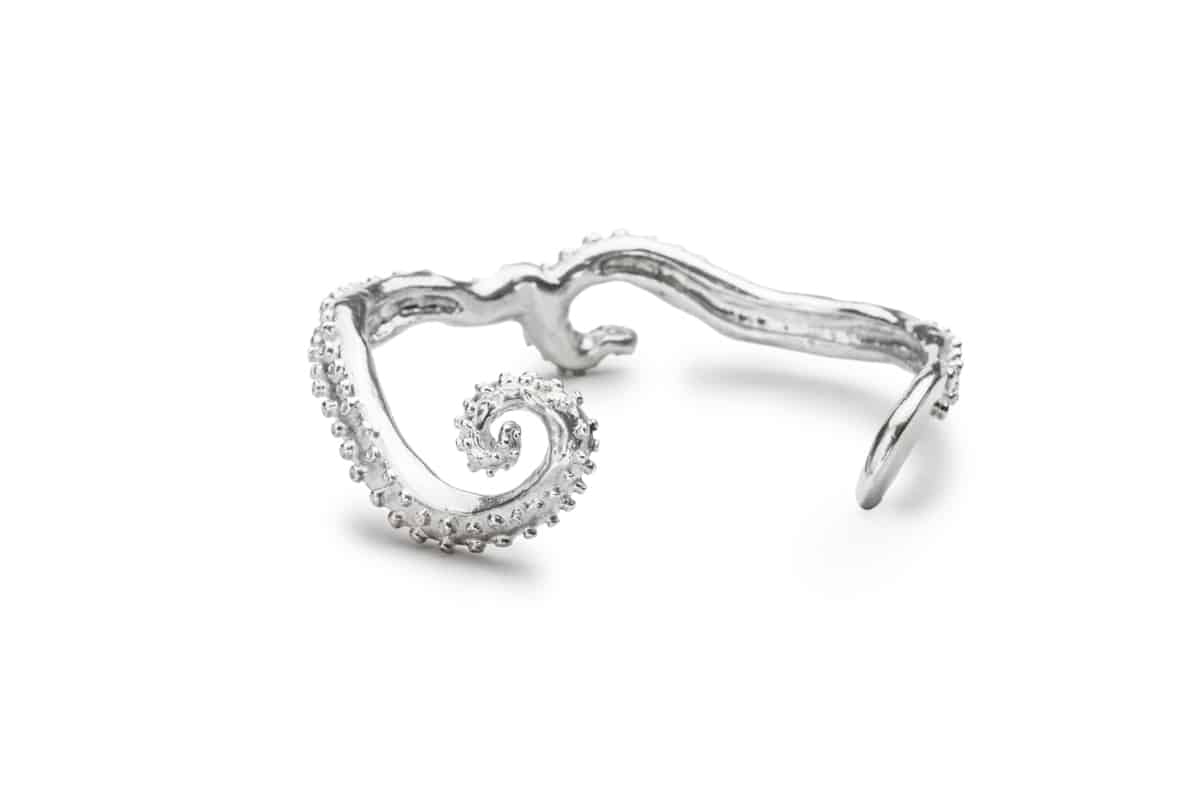 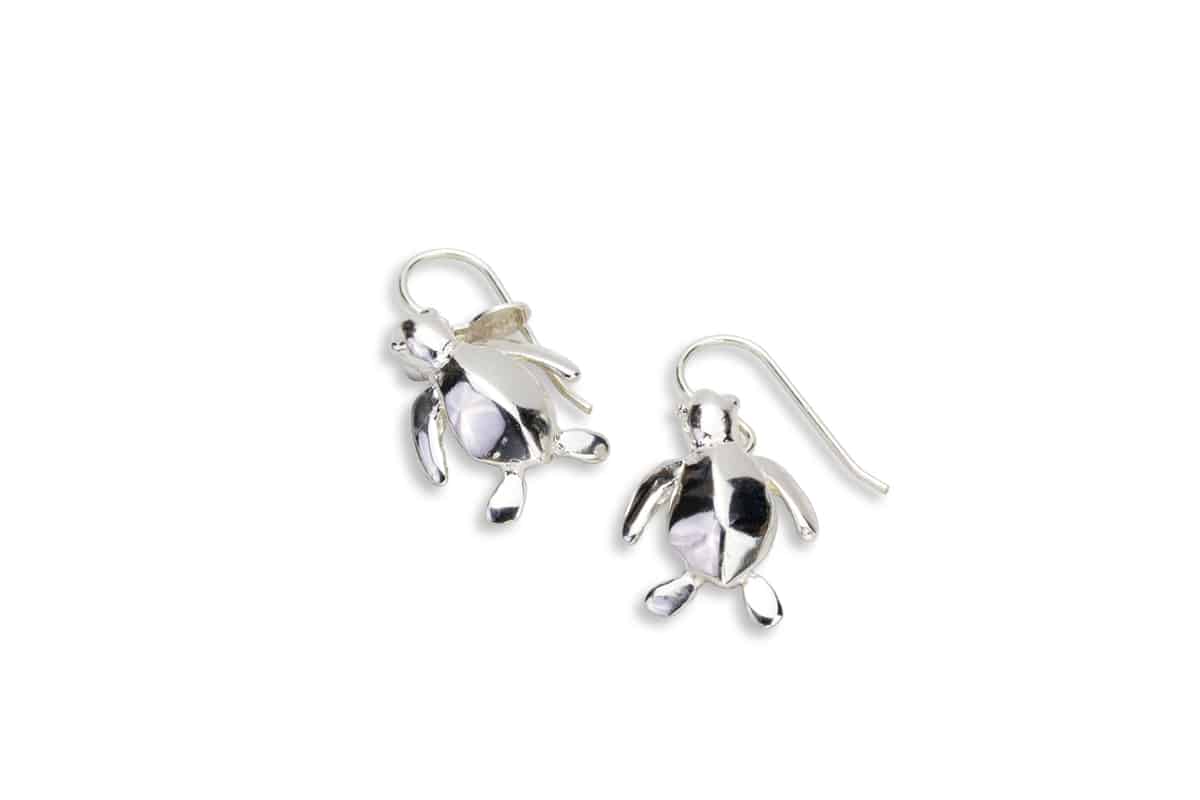 Our designs are conceived underwater. After selecting (and usually photographing) a subject, we make sketchs from various angles before carefully carving and sculpting it in a hard jeweler’s wax. These small scale sculptures are prepped, given a surface finish, and cast in silver; master castings get many iterations of ever finer files, sandpaper, and polishing compounds. Watch the video to see a bit of how we make a master for casting in silver.

We make silicone molds from masters and sometimes use castings to fabricate larger pieces of jewelry like our Zoanthid bracelet (below left). Others designs are polished and finished as a single piece like the octopus bangle (below right). Every item is hand-finished at each stage – the process is surprisingly labor-intensive. 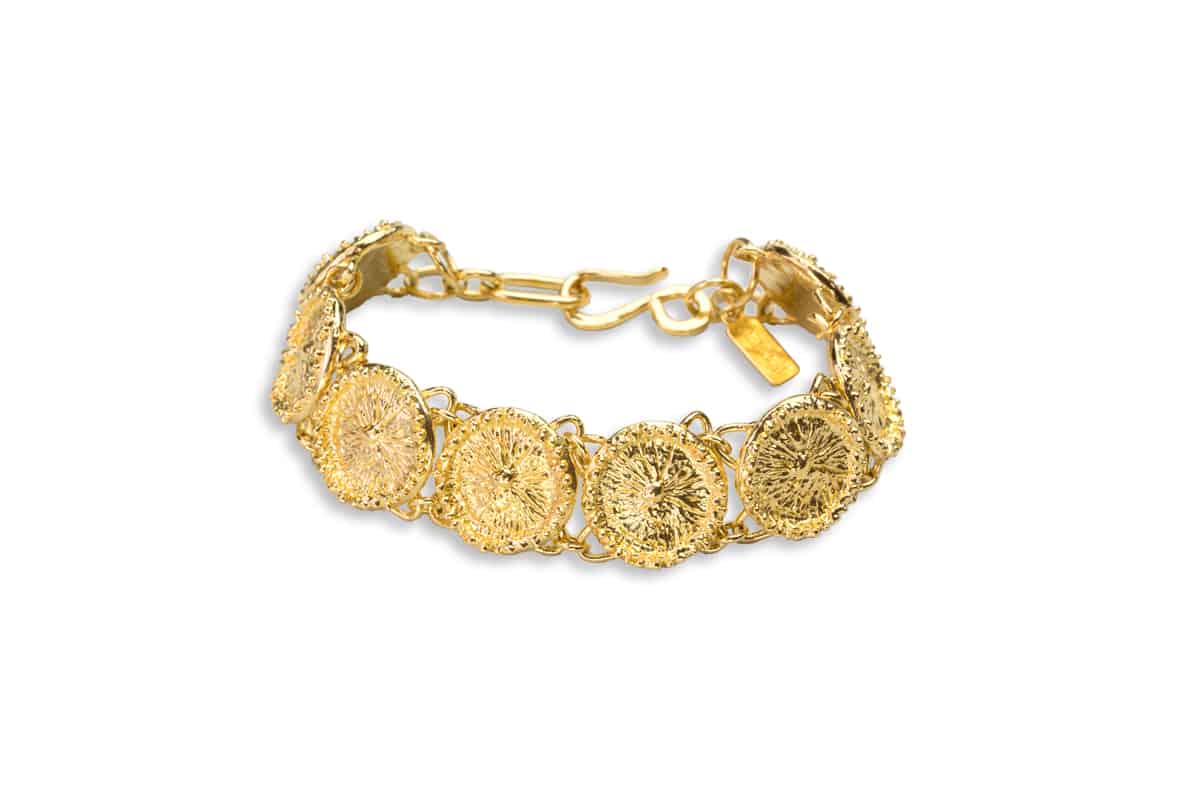 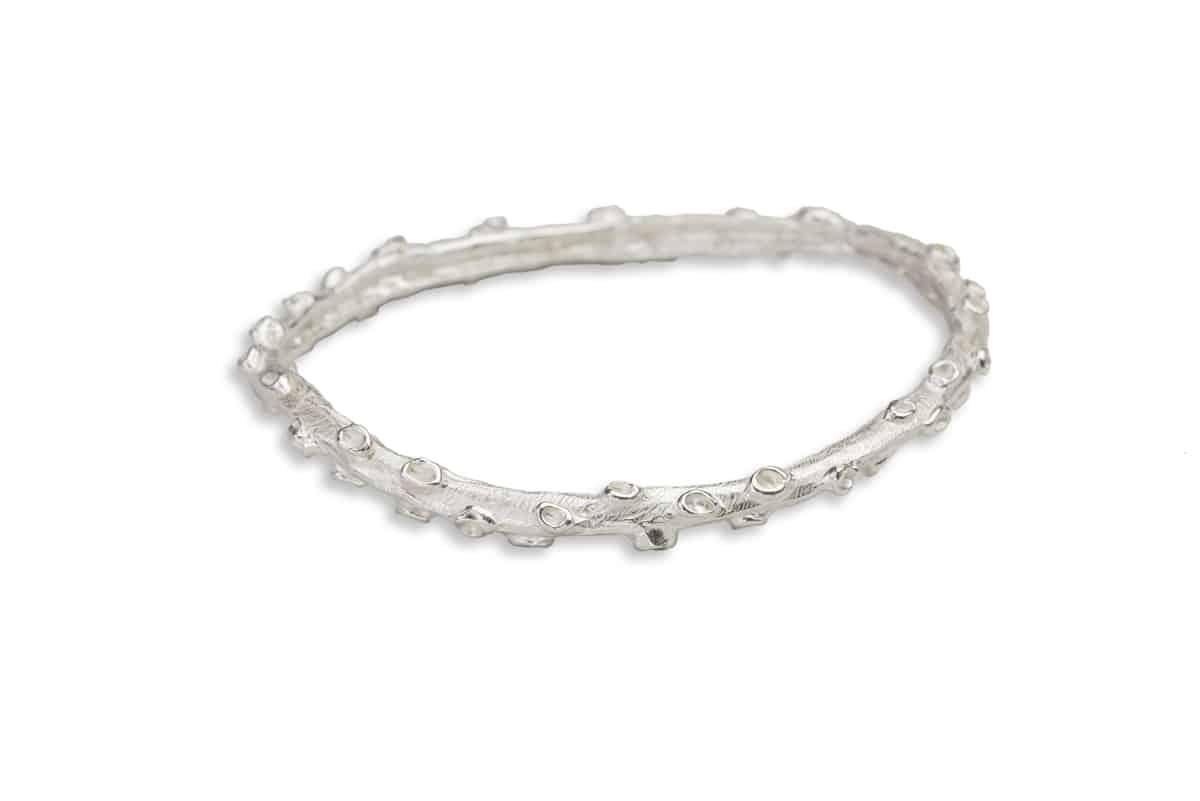 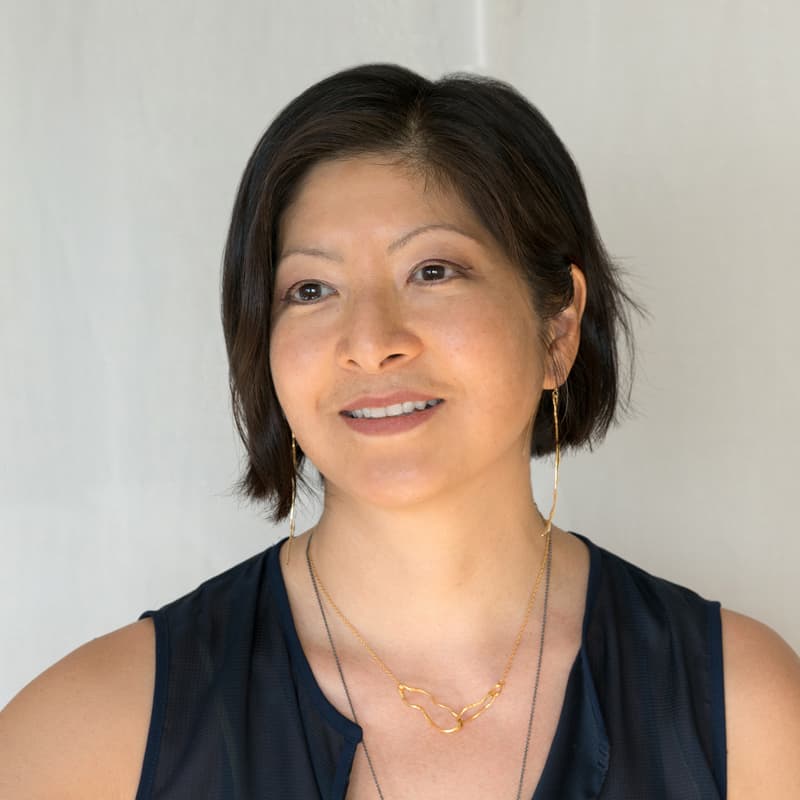 Shera Mercer is an ocean-obsessed designer, maker & underwater photographer based in Hawaii. Despite starting silversmithing at 17, she found herself in corporate life in the US and the UK. After working extensively in Europe, the Middle East, Japan, Mexico and the US, she decided to hang up her business suits in favor of wetsuits and now dives every week in the blue of the Pacific with her husband Joe.

Diving and photographing wildlife around the world became her constant companion while traveling.  The ocean teaches you not just about human limitations and coexisting with wildlife, but also companionship and connections between diverse people. With love of the ocean in common, people with oppositional philosophies come together because people protect what they love. Taking these experiences into ‘Alohi Kai, in a small way she hopes to contribute to raising awareness about ocean sustainability and conservation.

‘Alohi Kai jewelry has been featured on HI on Art, Marriott’s Bonvoy Traveller, KITV News, in Lei Chic and Honolulu Magazine and in blogs by Paula Rath. For more, check out our blog, Instagram and Facebook.