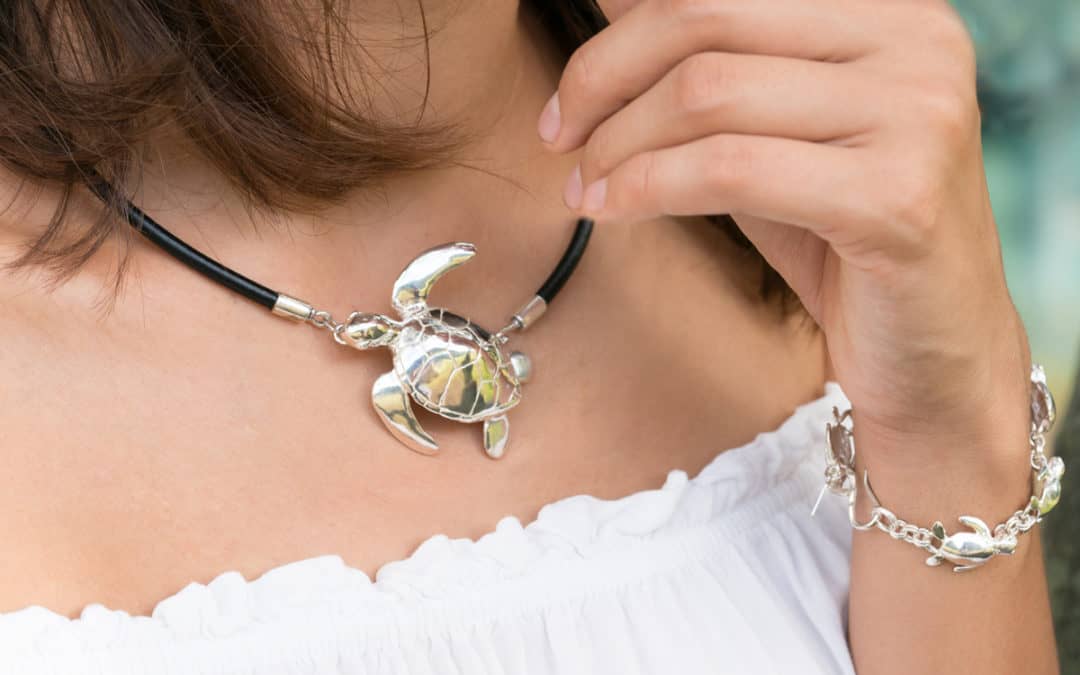 Happy new year! I hope your new year was fantastic, although I’m sure it feels like a distant memory. We’ve brought a number of new items out for the new year, but the most anticipated has certainly been our honu.

If you aren’t familiar with them, Honu are Hawaiian green turtles, and for most cultures here in Hawaii, a cherished and deeply loved animal. For our visitors who are lucky enough to encounter one, it usually remains their most memorable experience from Hawaii. You can actually find 5 kinds of sea turtles in Hawaii, 3 of which are considered native, but by far the most common are the Honu. So I thought I’d use this blog post to share a little about them and why we love them so much.

In some Hawaiian legends, the honu was the guide that steered the first Polynesians to Hawaii. In real life, they are known to swim hundreds of miles to their own birthing place in order to lay eggs. Thus sea turtles represent the navigator to Hawaiians, the ability to return home time and time again from distant locations. Some also say they are spirit guardians, or aumakua (although we’ve found conflicting reports of this). For the local Chinese, honu represent long life – they don’t reach full maturity until 25-40 years, and likely live to around 80 years (despite popular culture saying 200!) But what is consistent is the affection the various cultures have for these lovely animals. 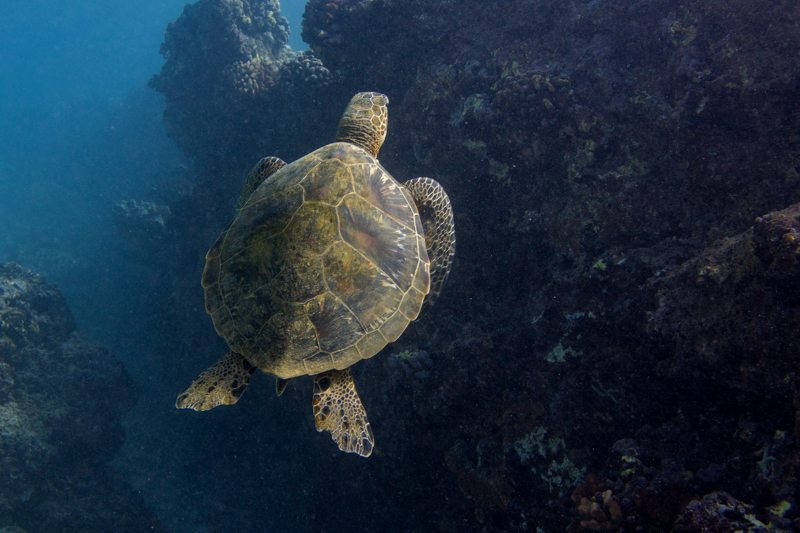 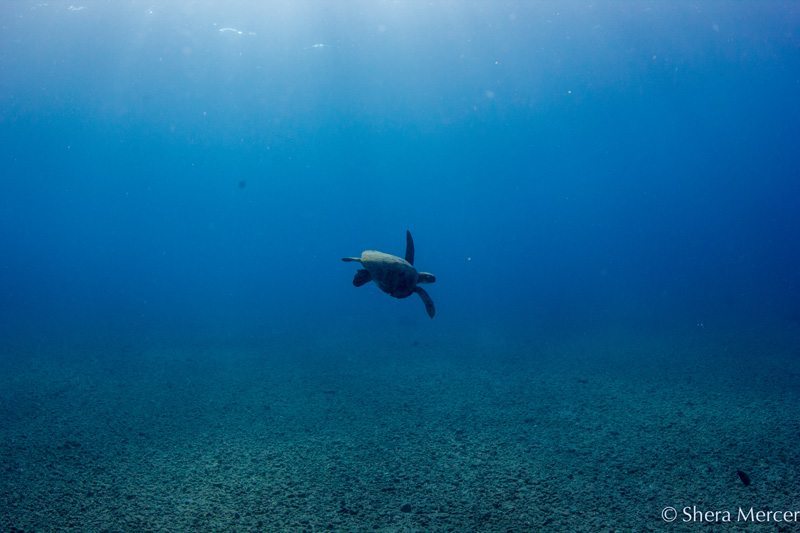 I was chatting with my aunt the other day who reminded me of a family story that’s been around for generations. My great grandfather was a kind and loving man, but man of little means with 13 children in Hawaii. He was walking by a market one day and saw an enormous turtle being auctioned off – this was when locals hunted and ate green turtles for food. Alarmed that this helpless creature was being mistreated, but worse, about to become dinner, he decided to bid on the honu, paid the money, and loaded it onto his truck.

He drove away from the noisy market, down to the ocean. He carefully brought the honu onto the sand, down to the water, where he released the gentle giant. Oddly, the honu seemed to know what what happening. As my great grandfather watched it make its way back into the water, the old honu turned its head and took a long look back as if to say thank you, then disappeared into the sea. 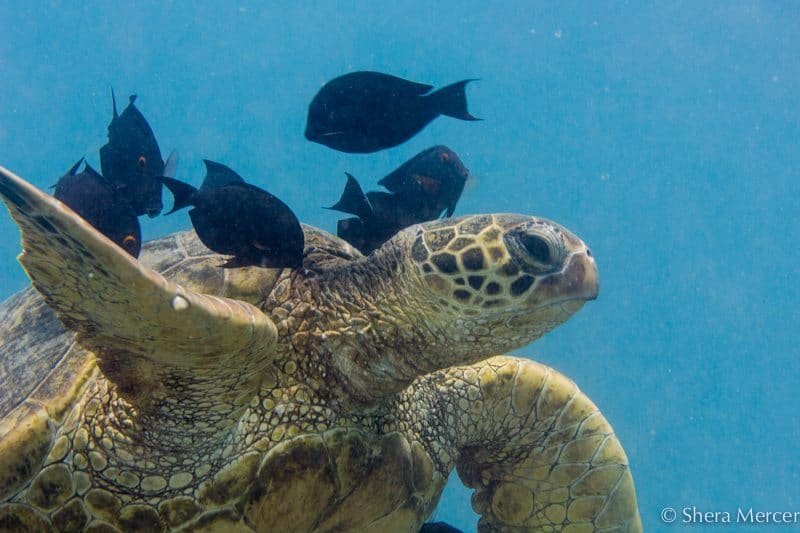 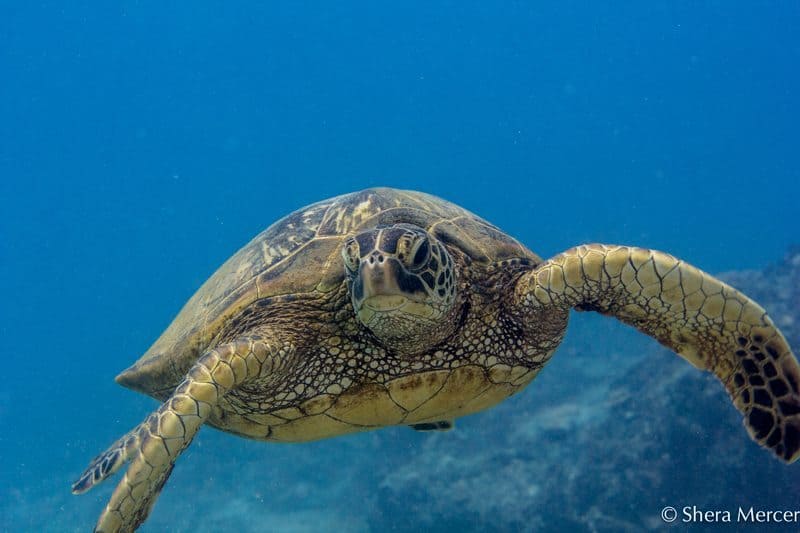 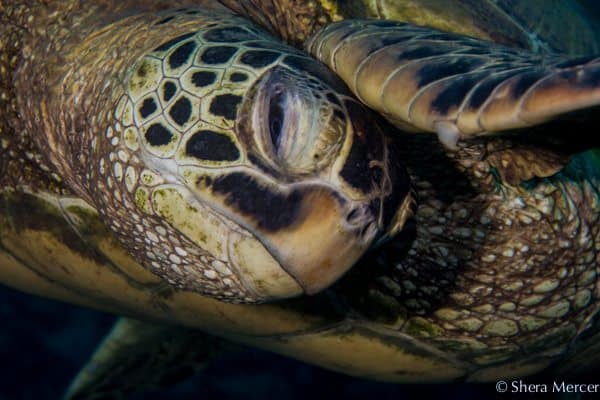 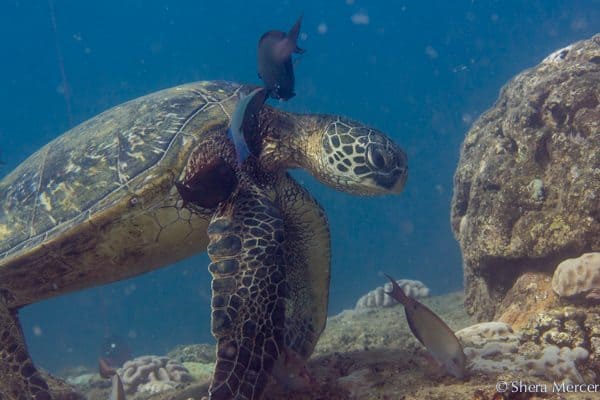 Honu were so over fished in the 60’s they went to the brink of extinction, and are still listed as an endangered species. Since 1978 they have been protected by Hawaii state law, and interfering with or obstructing the path to air of any sea turtle is rewarded with a steep fine. That and the huge mass of locals who will lynch any wayward tourist who messes with our beloved honu has generally kept them safe from mishap – and they are finally starting to make a comeback in populations. While they are nowhere near original levels, at least they are on the right path.

​Sadly they now face additional hurdles; many suffer from a disease called fibropapillomatosis. This herpes-family virus causes the growth of white to blackish, cauliflower-like tutors – we often see them when we dive. Scientists still don’t know exactly what causes it, and its affecting green turtles in multiple locations around the world. In addition to this, there are some fishermen who are petitioning to remove the protections placed on honu, claiming they make it difficult to fish. They are so trusting with humans right now, we feel this would be disastrous for them – its taken nearly 40 years to see the populations come to a healthy level, and they’re not back yet.

When we are underwater, we nearly always see at least one honu. Unlike the skittish fish, the ambush hunting scorpionfish, or the shy sharks, honu and honu’ea (the hawksbill turtle) are calm, zen-like beings that watch us awkwardly swim along, but without judgement simply carry on with their day. Sometimes we disturb their rest, and rather than get upset, like a patient grandparent, they just get up and move somewhere else. We love these traits in people, in a turtle? Superb!

One of my favorite sights on the reef is to watch them getting a clean. There are known places called ‘cleaning stations’ where turtles congregate and allow fish to clean algae and parasites off their shells. And boy do honu know how to enjoy the good life. 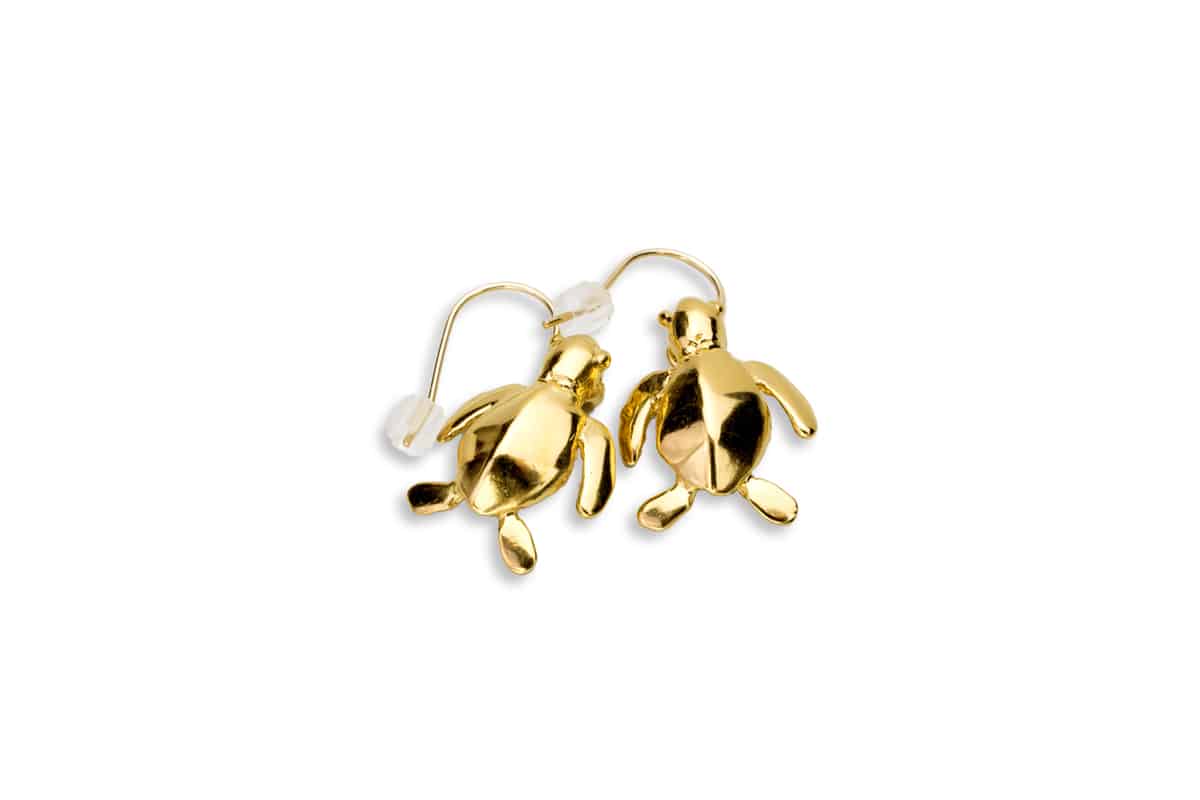 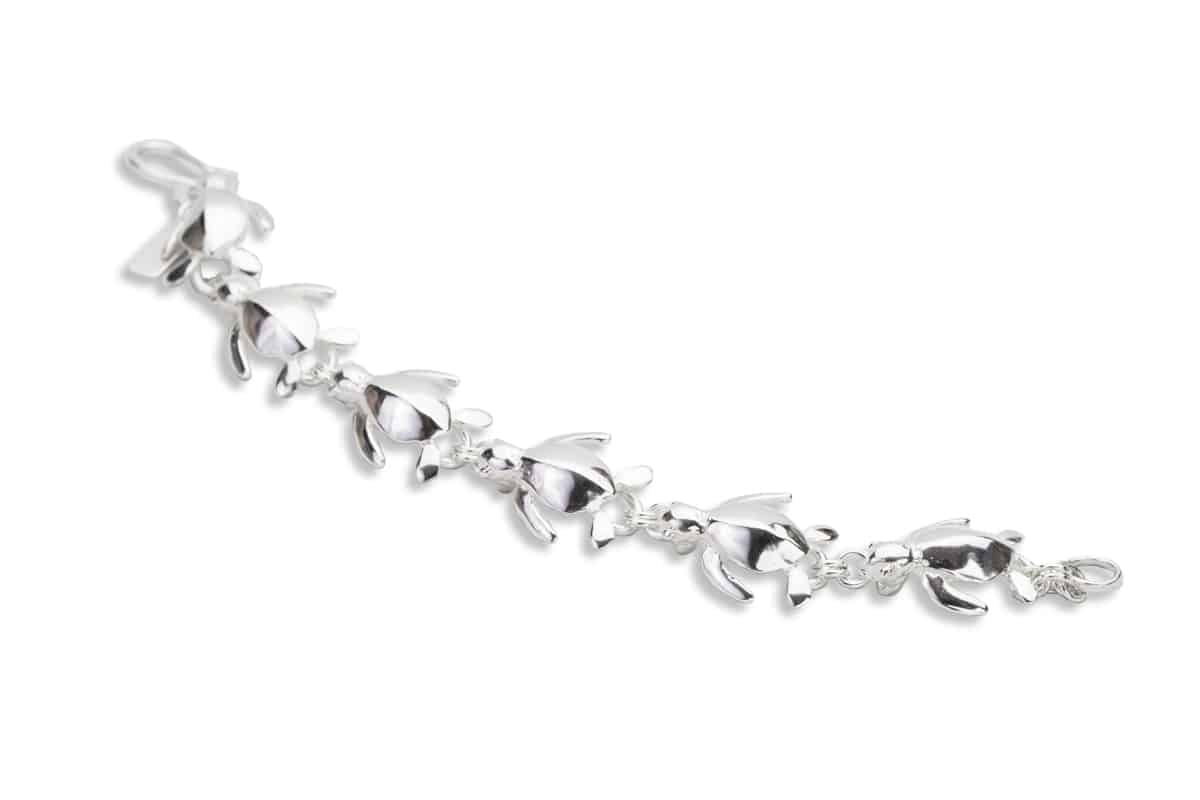 So here is our honu niobium necklace, an attention getting piece, it’s actually quite light and sits as a choker. The chain maille is comfortable on the skin, and the color is permanent. The sculpture is carved as a swimming turtle – as it looks when they are free swimming in the blue ocean – accompanied by a few baby honu.